Jio Fiber vs BSNL Fiber vs Airtel V-Fiber: Which Broadband Plan Is Best

Jio Giga Fiber is offering high-speed broadband plans in the country for as low as Rs 699. There is also an insanely fast 1Gbps offering from Jio Fiber that comes with a host of premium apps and other goodies

The entry of Reliance Jio Fiber into the fixed-line broadband space has brought the life into the dormant industry. Jio Fiber is offering high-speed broadband plans in the country for as low as Rs 699. There is an insanely fast 1Gbps offering that comes with a host of Jio’s premium apps and several other goodies. The new entrant into the broadband industry is taking on existing powerhouses like BSNL Bharat Fibre and AIRTEL. One has the country-wide reach and other the speed. Let’s take look at the offerings of Jio Fiber and compare it with its major rivals in India. 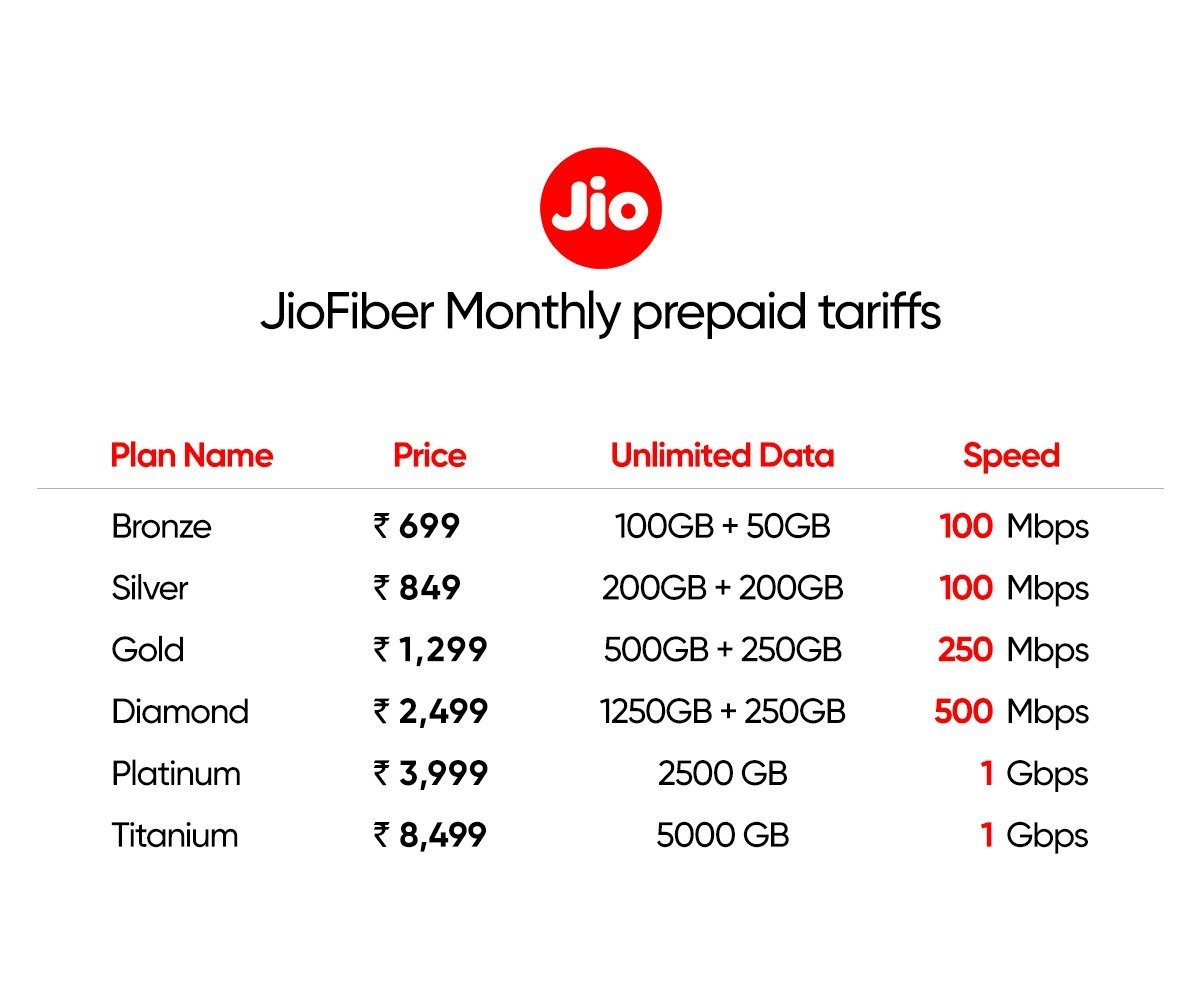 BSNL Bharat Fibre has two 50 Mbps plan offering 500GB and 600GB data for Rs 777 and Rs 849. The prices offered by BSNL Bharat are higher than the JioFibers starting pack but post the expiry of the data, BSNL’s speed will drop to 2Mbps, which is higher than 1 Mbps offered by Jio post-high-speed limit. BSNL has also introduced a new 100 Mbps broadband plan priced at Rs 1,999 that offers 33GB of daily data and the speed would drop to 4Mbps post the expiry of the high-speed data. 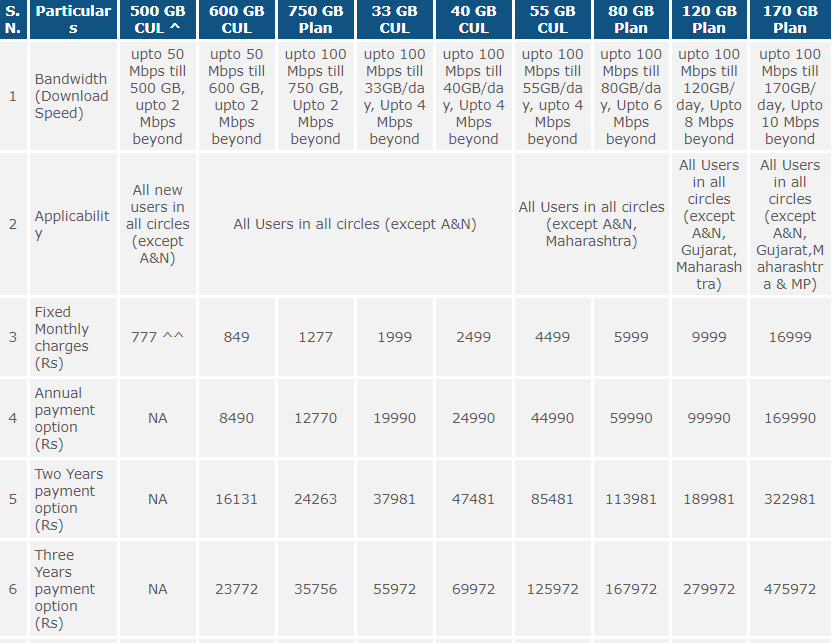 Airtel has a Basic plan for its subscribers at Rs 799 per month. Under this plan, you will get total data allotment of 100GB for the month. Network speeds are restricted to 40Mbps. You will also get unlimited local and STD calls via the landline connection. In term of extra benefits under the #AirtelThanks offer, Airtel is offering free subscription Airtel Xstream service and you will get an additional 200GB data. 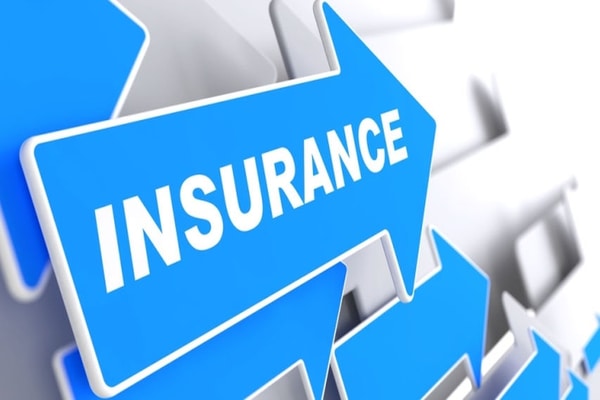 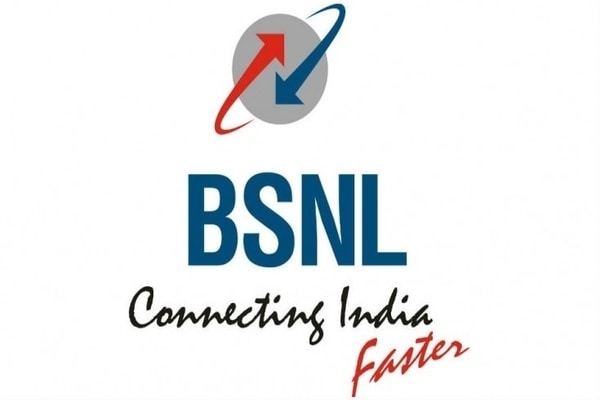 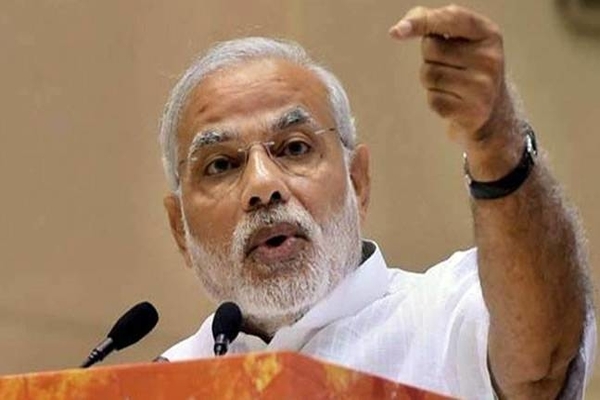 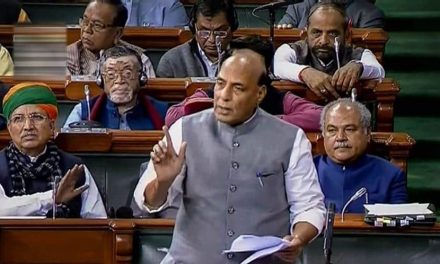