SBI ATM new rule: ATM fraud cases are increasing rapidly during the lockdown. In view of this, the country’s largest bank State Bank of India (SBI) has now decided to implement a time password i.e. OTP based ATM cash withdrawal facility 24 × 7. This facility will be applicable from September 18 at all SBI ATMs across the country.

The bank had allowed this facility to customers from 8 PM to 8 AM in January.

OTP will be charged at any time of day

How does OTP-validated ATM transaction work?

The OTP-validated ATM transaction was introduced to minimize the number of unauthorized transactions, State Bank of India had said.

With the introduction of its OTP-based cash withdrawal facility, State Bank added another layer of security for cash withdrawals through its ATMs service.

OTP would be received on the customer’s mobile number registered with the bank. This additional factor of authentication protects State Bank cardholders from unauthorized ATM cash withdrawals.

Who can avail of the SBI ATM new rule services?

This facility will not be applicable for transactions, where a State Bank cardholder withdraws cash from another bank’s ATM. It is because this functionality has not been developed in National Financial Switch (NFS), as per SBI. NFS is the largest interoperable ATM network in the country and it manages more than 95 percent of the domestic interbank ATM transactions.

How to withdraw cash based on SBI OTP Service?

Once the cardholder enters the amount he/she wishes to withdraw, the ATM screen displays the OTP window.

The customer has to enter the OTP received on the registered mobile number to complete the transaction.

Will help to stop ATM fraud

SBI MD (Retail and Digital Banking) CS Setty said that SBI has always been at the forefront in terms of technological improvement and safety. We hope the 24×7 OTP-based cache withdrawal feature will further strengthen the security level. By implementing this facility throughout the day, SBI debit cardholders will be able to avoid frauds, unauthorized withdrawals, card skimming, card cloning, and similar risks.

More than 22,000 branches across the country

SBI, the country’s largest bank, has more than 22 thousand branches across the country. SBI has a presence in over 30 countries. More than 6.6 crore SBI customers use mobile banking and ATM facilities.

Mean-while, India on Wednesday reported 90,123 new COVID-19 cases. With this India, became the second country in the world to cross the five million mark after the USA. With the single-day spike of 90,123 new COVID-19 positive cases, India has reported a total of 50,20,360 cases, said the Union Health Ministry in a bulletin. With this latest spike, the count of COVID-19 cases stands at 50,20,360 of which, there are a total of 9,95,933 active cases while 39,42,361 patients have been cured/discharged/migrated, the Union Health Ministry said. The death toll due to coronavirus in the country rose to 82,066 after 1,290 deaths due to COVID-19 were reported in the last 24 hours. India’s COVID-19 tally had crossed the 20-lakh mark on 7 August, 30 lakh on 23 August and it went past 40 lakh on 5 September.

Nominations To EPF Account Can Be Added Online: Need Of A Nomination 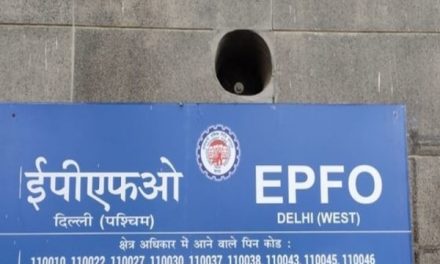 EPFO update: Follow this new rule to receive the benefit worth Rs 7 lakh